“They step up and help each other, time and time again”

When nature shows its worst, public power shows its best. The record-breaking 2020 hurricane season has officially ended, after producing 30 named storms, 13 of which became hurricanes, including 6 major hurricanes. (For comparison, an average season brings 12 named storms, 6 hurricanes, and 3 major hurricanes.) This is the most storms on record, surpassing the 28 in 2005, and the second-highest number of hurricanes on record. And every storm hit on top of the COVID-19 pandemic, rapidly and constantly impacting lineworker response protocol. 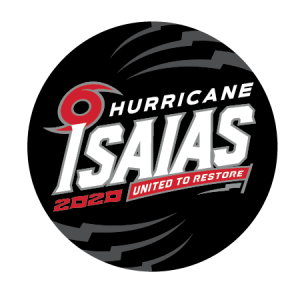 Public power teams go above and beyond all year long to help their fellow communities, but it’s times like these when their efforts take center stage. “It’s a testament to the mutual aid network within our membership,” says Kenny Roberts, ElectriCities Senior Safety and Training Specialist. “They step up and help each other time and time again.”

When Hurricane Isaias made landfall on August 3, it passed through quickly and left approximately 30,000 public power customers without power. In just 18 hours, all but 2,500 customers had been restored.

When Hurricane Delta struck in October, several ElectriCities members sent crews to help in a remarkable mutual aid effort — all the way to Louisiana. Read more below.

When remnants of Hurricane Zeta entered the state on October 29, it caused 25,000 public power customers to lose power at its peak. Most members had scattered outages and were able to restore power by 5 p.m. that night. Among the mutual aid efforts, Wilson crews traveled to assist Duke Energy in nearby communities. “It’s the first time in a long time that we’ve organized with Duke,” says Gregg Welch, ElectriCities Manager of Programs and Services. “I’m glad we were able to help them out.”

Many, many people were helped out thanks to public power workers. We salute all those folks on the front lines of keeping the lights on. Hard hats off to you! 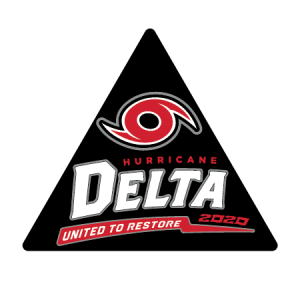